By: Ethan Brisby
+Ethan Brisby
Six out of the world’s ten fastest growing economies are African nations. As a result, solid waste is rapidly increasing, creating a waste management problem. I recently had the opportunity to discuss this issue with Steven Cornish, founder of aimwith, a social equity marketplace for impact, based in Silicon Valley, CA. Steven, like so many young Renaissance Men, is collaborating with other change agents around the globe solving problems like these.

As a guest of former Zambian Minister of Finance, Ms. Edith Nawakwi, Steven travelled to Lusaka, Zambia in August 2013 to investigate the challenges of improving waste management from the perspective of the public / private sector, social enterprises, experts, and the local community. He documented his seven day trip in the informatively dynamic new film, “Waste of Opportunity” to increase awareness and raise capital to infuse into Lusaka’s waste management. 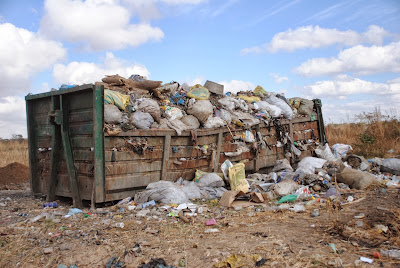 The fact is, Lusaka, the capital city of Zambia and its nearly three million residents produce up to 1.2 million tons of waste a year, yet only about half of this waste is collected by the local municipality. The rest rots where it is generated. As a result, solid waste, and its widespread spillover effects is perhaps the biggest environmental issue affecting this region. Notwithstanding, Cornish believes this problem presents the greatest opportunity for change in the areas of youth employment, health, and women empowerment within the nation of Zambia. 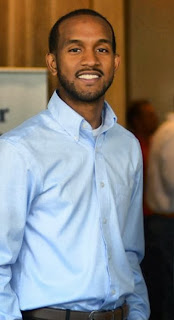 aimwith’s investment into Lusaka will be the pinnacle of a body of work Cornish began during his sophomore year at Morehouse College. The New Jersey native embarked on his first international journey when he was asked to act as a representative for people of color on climate change at the 15th Conference of Parties in Copenhagen, Denmark and the 17th Conference of Parties in Durban, South Africa under directive of the United Nations Framework Convention on Climate Change.

“While in Copenhagen, for the first time in my life, I got to see what the world stage was about. I got to interact with people from China and India in my age group doing great things,” Cornish states. “It humbled me. It told me that this is the bar. If I wanted to make great impact, I knew I had to catch up, and I had to collaborate.”

With these enlightening moments guiding his steps, Cornish began his pursuits of revolutionizing development finance in the 21st century. Revolutionizing development finance is exactly what he is doing with aimwith. Aimwith is best described as a social equity marketplace where crowd-funders, high net worth impact investors, and philanthropic organizations invest in change together. They do so by finding, funding, and following the most impact-driven and innovative social enterprises around the world.

The waste management project in Lusaka is aimwith’s first. The company is collaborating with local Zambian social enterprise, Neighbour’s Friend. This is the social enterprise, aimwith will provide capital to; the Neighbour’s Friend waste management project is currently in incubator stage. So then, the foundation of their efforts is to determine a set of predefined outcomes; allowing community stakeholders, foundations, and impact investors to walk away with desired returns. 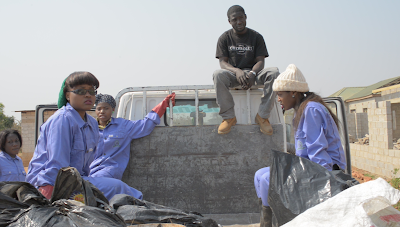 Aimwith’s Lusaka project will strengthen the family unit
One of the intended outcomes is women empowerment within the region. So then, when you watch the documentary, “Waste of Opportunity,” you will see women are not only at the table helping to make decisions in this effort, but are also at the forefront on the ground helping to bring about a waste management solution in Lusaka.

“Anyone who has a mom, knows the significance and importance of the rise of women. When you invest in women in the developing world, you get a great return, because women are the nurturers of family,” Cornish defends.

As an illustration, of the emergence of power among women in African nations, Steven’s host while in Lusaka, Ms. Edith Nawakwi is a candidate for the office of President in Zambia. Should the Zambian people elect her, she will be the second woman elected as president in contemporary African history; the election is in 2016.

Comparatively, these women at the grassroots level helping to alleviate the waste management problem in Lusaka are women that have their college degrees. According to Cornish, these are young women who have offers from banks, they turned down, because they saw the equity in working for community. They are deferring the instant gratification of high income in exchange for the greater good.

The extent of Neighbour’s Friend and aimwith’s collaboration also spreads beyond women empowerment, and into overall job creation. Madam President, Edith Nawakwi believes, a sustainable solution to the growing waste management problem is an opportunity to generate income for the local economy.

“This idea of Neighbour’s Friend together with aimwith teaming up to provide a common good for the people, I think it is a very innovative idea, which will not only reduce the impact of diseases on the community, but it will create jobs for the young people,” Nawakwi implores.

As an example, through Neighbour’s Friend, about 100 young adults recently received solid waste management training dealing with safety and health; how to properly take trash, as well as checks and balancing, and accounting work. Moreover, on the day to day, they are going to households to pick up trash and gathering feedback and data; adding value to the ongoing efforts in the region. Cornish believes the return on investment for tackling Lusuka’s waste management problem will be a value add for an entire generation of Zambian citizens.

From the eyes of an iconic entrepreneur
For more than 90 minutes of discourse, Cornish, an Economics graduate, schooled me on development finance, his enterprise, aimwith, the need for collaboration and cooperation among a generation of social enterprisers, and the necessity for shift in Zambia as it relates to waste management. Through his vision, this 24 year-old, is learning first-hand what it takes to have impact as a social entrepreneur in the open market.
Prior to launching aimwith, Cornish spent time as a research analyst intern for the investment firm, Gardner Rich & Co, under the mentorship of Chris Gardner, whose life is portrayed in the film, “The Pursuit of Happyness.”  He credits his time with Gardner as a glimpse of greatness and a cornerstone in his maturity.

“Being an entrepreneur is nothing to romanticize. You can work hard, but that does not guarantee you a spot. You also have to work smart, and pivot when necessary, while staying on track with your vision.” He passionately exclaims. “This is not for the faint hearted. Being around him (Christopher Gardner) and learning what it takes to be somebody like him, rising to the occasion, it motivated me to say, I stand for this moving forward in my life.”

“Ain’t no stopping us now” 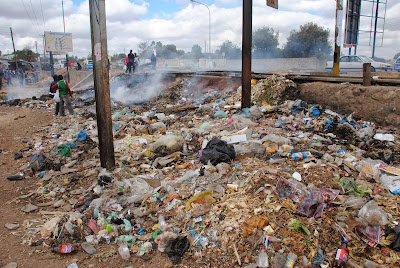 Moving forward, the negative pathologies of urbanization will challenge a generation; not only to manage growth, but also promote growth that is sustainable. Likewise, a new report from the United Nations projects the world's urban population – roughly 3.6 billion in 2011 – will increase by roughly 70 percent between now and 2050. As a result, the world’s urban population will increase up to 6.3 billion. As an illustration, that's about the same amount of people on the entire planet in 2002. Most of the rapid urbanization will happen in less developed nations like Zambia. So then, not just waste management, but housing, health, education, poverty, and transportation are all urban growth concerns the current generation is and will be called into action to properly address. Let us each take our position. Steven founded aimwith to be a vanguard in many of these operations.

The company’s paramount mission in the immediate future is to raise $50,000 through the Indiegogo crowdfunding platform. The money is to be used for determining feasibility and scope of work to be done in Lusaka. This will help aimwith provide high net-worth impact investors with a set of possible and agreeable outcome goals amongst all parties enabling the necessary capital be raised.

Make an informed decision  by learning more about the Lusaka waste management project, and let your voice be heard through giving. Here is a link to the action. http://igg.me/at/zambiaproject.


I encourage you to invest half an hour to learn more about aimwith as well, by visiting www.aimwith.org. As for the documentary, “Wasted Opportunity,” it is one of the best international development films I have seen in years. It paints a vivid picture of informed, intelligent, indigenous Zambian people. People who are capable of increasing their own lot in life, but are seeking innovative collaborative efforts to mitigate the waste management concern of their emerging nation.

Ethan Brisby is a Reporter, Author, and Business Consultant for Comfortably Living, an economic development consulting firm based in Austin, Texas. His blog, Comfortably Living is visited daily by readers across the globe.